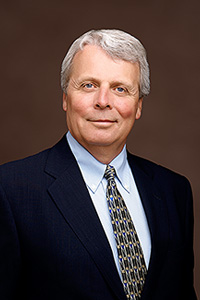 Doug is currently a shareholder and the Chairman of BFSI. He joined Bancorp in 2001 and had various responsibilities including loan origination, loan underwriting, loan administration, loan management and fund management. He was appointed Chief Operating Officer in 2005 and then President and CEO of BFSI from April 2011 to March 2018. From April 2018 to March 2022 , he held the office of Chairman and CEO. Since April 2022 Doug holds the office of Chairman . Doug is also the CEO and Ultimate Designated Person of Bancorp Investor Services Ltd., an exempt market dealer 100% owned by BFSI.

Doug has a law degree from the University of British Columbia and practiced law from 1980 to 1984. Between 1984 and 1988, he worked with a Canadian trust company and was responsible for a varied loan portfolio in B.C. and Arizona. In 1988, he joined a major Canadian real estate pension advisory firm where he held senior positions, established and managed a top performing mortgage fund and was president from 1995 to 1997, when the company was sold. From 1998 until 2001, he successfully operated his own real estate development and mortgage lending business.

Doug is a long-standing member of real estate organizations including the Urban Development Institute and the Mortgage Investment Association of B.C.

Doug Bentley is licensed under the Mortgage Brokers Act of BC with Bancorp Financial Services Inc. and approved as the Ultimate Designated Person of Bancorp Investor Services Ltd. under the Securities Act.